The convective season is beginning over Europe and the severe thunderstorms of yesterday, 16th April, are a good example of that. We have received a number of severe weather reports from Slovenia and southeastern Austria, where flash floods and large hail up to 3 cm in diameter occurred in the late afternoon (Fig. 1). The event that received the most attention was a flash flood in Graz, with rainfall totals of up 80 mm. A number of streets, as well as cellars, parking lots and even the shopping mall, were flooded. 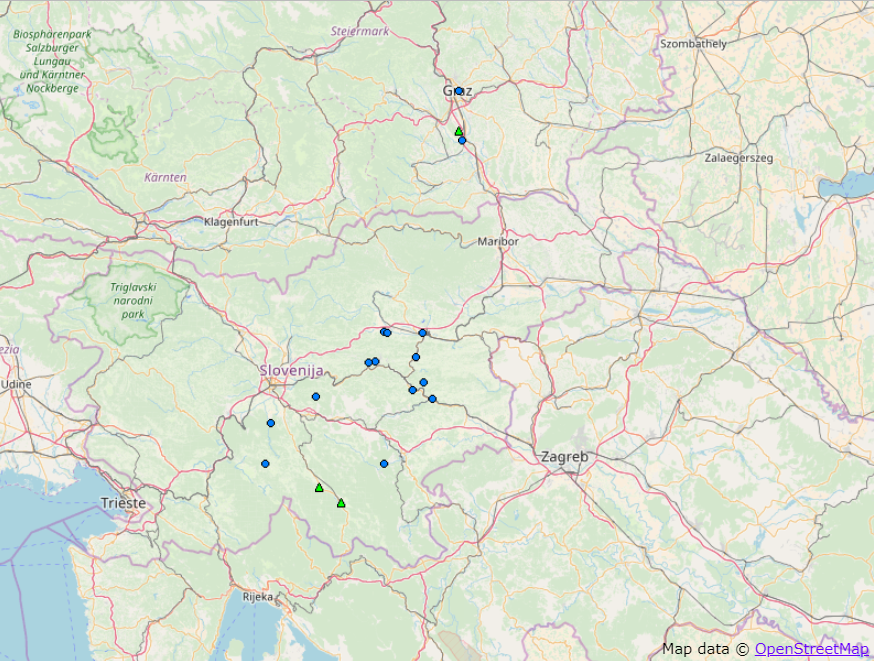 Anticipating situations conducive to flash flooding may be quite tricky, as it often takes a quasi-stationary, long-lived thunderstorm to deliver several waves of heavy rainfall over an area. Yesterday was no exception. Thunderstorms formed in an environment featuring moist, southeasterly flow at the surface, CAPE values on the order of several hundred J/kg and an increasing southerly flow aloft (Fig. 2). A very moist profile in low to mid troposphere along with low cloud bases was evident, both from the forecast sounding over southeastern Austria and from the observed sounding in Zagreb, Croatia (Fig. 3). These conditions suggested a potential for very heavy rainfall with thunderstorms as little precipitation would evaporate when falling from the cloud. 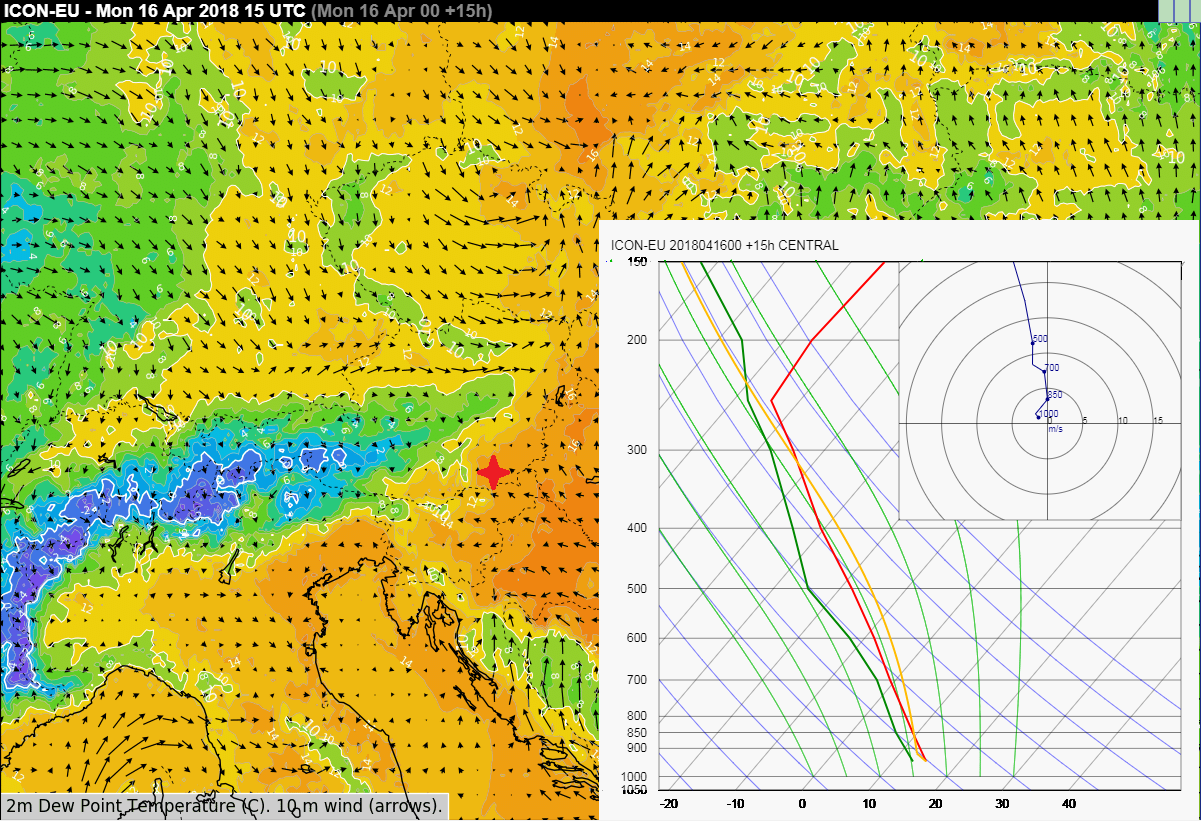 Even so, the increasingly southerly flow aloft meant that thunderstorms could hardly stay confined to one location and would move northward with time. Yet, that has not happened, as one can see from this radar animation shared by ZAMG, which reveals a number of instances of storms stagnating over one particular location. This is because storms were propagating (propagation represents the movement of the thunderstorm caused by the formation of new cells) along the convergence zone towards the moister and more unstable airmass in the south. With a mid- to upper-tropospheric flow almost parallel to the convergence zone and the propagation cancelling out the advection of individual cells to the north by mean wind, some of the thunderstorm clusters became quasi-stationary and produced excessive rainfall. 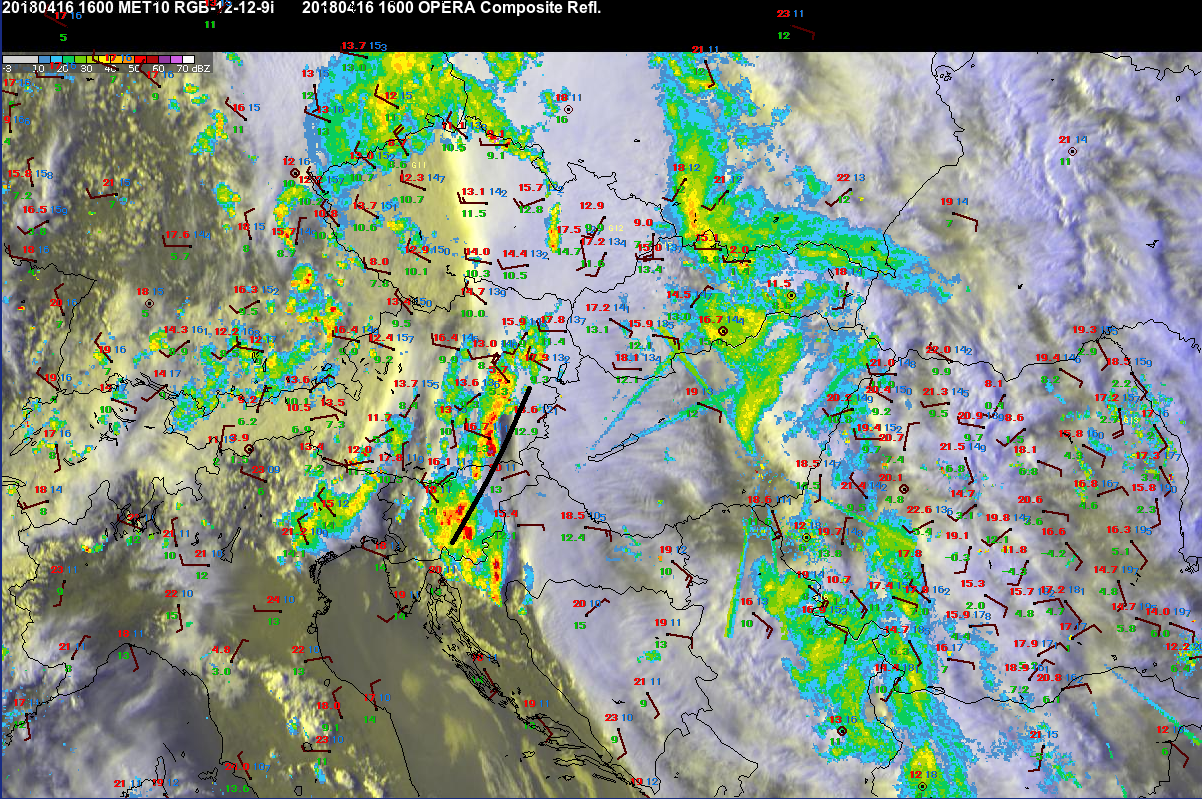 This case shows how demanding it can be to correctly anticipate flash flood situations with thunderstorms when numerical models underestimate the rainfall sums, which is often the case with convective phenomena.